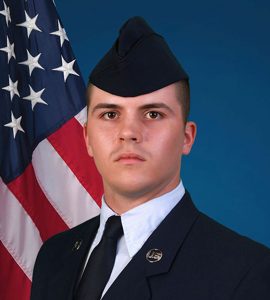 He is the son of Karen K. and John R. Hayes of Forest, Ohio. The airman is a 2018 graduate of Riverdale High School, Mount Blanchard, Ohio.